A new study analyzed the correlation between the protein cell p53 gain-of-function and the effects of aneuploidy. It aims to design a drug that can restore the natural function of p53 to suppress cancer.

Vanderbilt University Medical Center experts recently conducted research that shows how aneuploidy manages phenotypes contained in mutant cells called p53. The results from the study suggest that the drugs available for the specified gain-of-function mutated cell should change in composition and its effects on the changes influencing the chromosomes to be considered. The study was lead by the university’s biochemistry expert Lindsay Redman-Rivera and the Vanderbilt-Ingram Cancer Center director Jennifer Pietenpol.

What Is Protein p53? 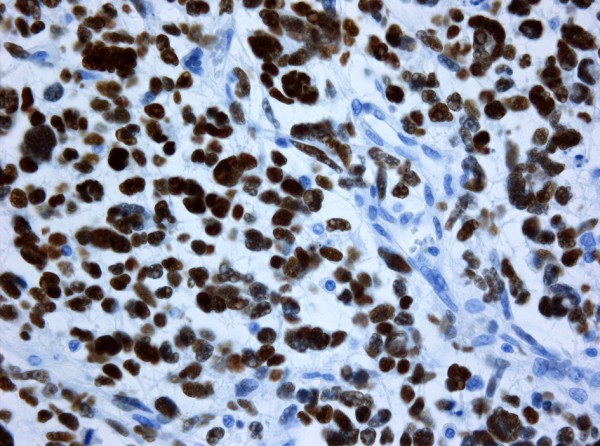 The protein cell p53 is considered an effective tumor suppressor that mutated in over 50% of the recorded cancers that infect humans.

The mutant protein cell p53 was recently found to acquire an ability called gain-of-function that could lead to novel oncogenic phenotypes due to its own expression at high levels. The initial studies regarding the protein p53 show that the mutated cell loses its suppressive function that depletes wild-type tumors.

The expert recently identified drugs that can restore the functions of the p53 protein. According to NewsMedical, the selected drugs will undergo 400 clinical trials to determine which drug is the most effective at restoring the natural cancer-killing function of the protein cell.

The mutant p53 was already observed to have incurred anomaly and has been examined for the past three decades. According to the authors, it has been a long debate in the oncology society whether or not there are issues when the overexpression of the mutant protein cell reaches its peak and leads to the rise of oncogenic phenotypes.

The ongoing search to gain the natural ability of the protein p53 has been presented with numerous research but with conflicting data.

The mutant p53 gain-of-function was theorized to exist due to its own high-frequency expressions. Like other normal genes, p53 mutants can contribute to tumor build-up and might result in severe cancer conditions if it continues to lose its suppression ability and is expressed excessively.

Meanwhile, the studies revolving around the methodologies that could revive the functions of the natural genes like p53 lack supporting evidence. However, the recent study could be the potential answer to resolve the speeding up of malignant phenotypes of cancer cells.

The new study gained additional information based on the previous studies regarding the correlation between p53 mutation and the abnormal increase or decrease of chromosomes called aneuploidy. This genetic disorder cannot only affect the ability of p53 cells but can also contribute to the growth of malignant cells or tumorigenesis.

CRISPR-Cas9 was utilized for the examination of the p53 cells. Through the gene-editing tool, experts were able to develop two identical cell lines that include p53 mutations. Based on the results, the in vitro gain-of-function phenotype cell lines have a surged aneuploidy.

The gain-of-function was observed to be independent of the p53 mutations. In addition, the high rate of aneuploid in tumors has resulted in an unfortunate prognosis, even if the p53 mutation is present or not.

Check out more news and information on Biology in Science Times.