Through a molecular glue that was stuck in a tiny camera, the University of Cambridge researchers have created a device that can view the behavior of chemicals during real-time reactions. 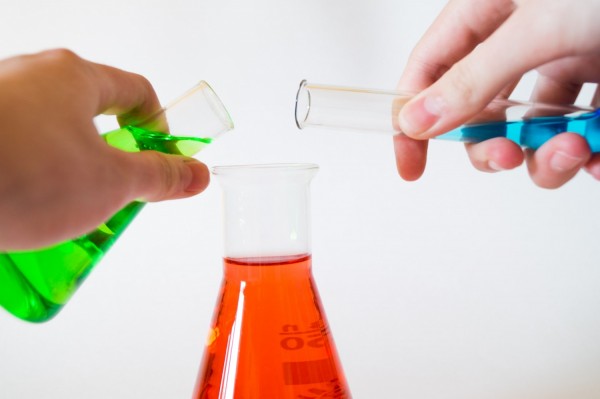 (Photo : Alex Kondratiev from Unsplash)
Scientists from the University of Cambridge have developed a micro camera that can monitor chemical reactions in real-time.

According to a report by Phys.org on Thursday, Sept.2, the device made use of quantum dots (semiconductor nanocrystals) and molecular glue, “cucurbituril.”

The researchers were able to observe real-time reactions of chemicals through the tool. This happens when it is added to the water together with the molecule.

For other industries that rely on observing chemicals, this could be a powerful device that they can use. The discovery can also help the experts for the study of renewable energy to improve photovoltaics and photocatalysis.

What Does the Nano Camera Do

As per Professor Oren Scherman of Yusuf Hamied Department of Chemistry in Cambridge, there is a strong interaction between gold nanoparticles and semiconductor quantum dots.

Through the process, the experts can view the integration of components with light. Besides observing photocatalysis, the tiny camera can also track the electron transfer.

According to the Department of Chemistry’s Dr. Kamil Sokolowski, they were surprised how the tool turned out. He added that it is also easy to assemble.

With regards to its self-limiting property, Dr. Jade McCune, one of the study’s co-authors said that they were not expecting to see such behavior.

“We found that the aggregation of one nanoparticulate component could be controlled through the addition of another nanoparticle component,” McCune, who was also from the Department of Chemistry, said.

To observe the real-time activity of chemicals, the researchers utilized spectroscopy.

The camera witnessed some unusual formations including the movement of unpaired electron molecules and product assembly.

Scherman said that this device can help other industries that are using semiconductors and nanocrystals. Through this special camera, they could now observe the photochemical reactions in real-time.

You can view the study entitled “Nanoparticle surfactants for kinetically arrested photoactive assemblies to track light-induced electron transfer” at Nature.com.

Scientific Cameras That Changed the World

While the creation of a small camera for the observation of chemical reactions is possible, other cameras have a big technological impact.

In 2016, the experts created a 3D-printed micro camera that can be injected into the body. The technology can capture an image as small as 0.12 inches.

There is also the world’s fastest camera which snapped the speed of light in slow motion. In collaboration with the team from the California Institute of Technology, The Slow Mo Guys have demonstrated the behavior of light while traveling.

They succeeded in recording the passing laser beam in the milk bottle. The scientists took note of its speed, which was nearly 100 billion frames per second.

This article is owned by Tech Times

ⓒ 2021 TECHTIMES.com All rights reserved. Do not reproduce without permission.