Matching DNA evidence to a suspect can be a huge breakthrough in court cases and forensic investigations. Historically, DNA evidence was extracted from relatively simple samples with a high DNA load, such as blood stains or hair strands. 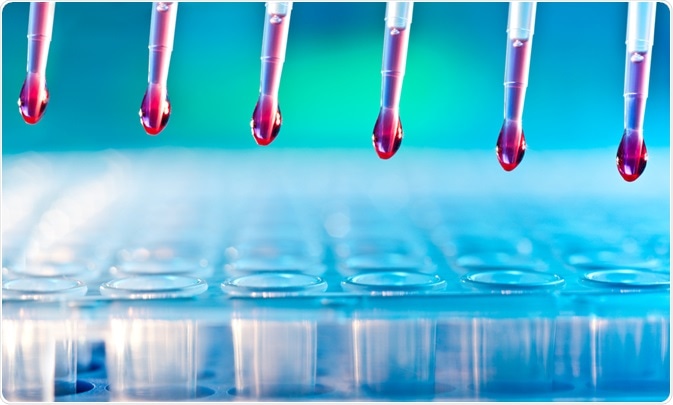 Over time, DNA sequencing technology has advanced to allow DNA to be extracted from much smaller samples, such as surface swabs or dirt from underneath a fingernail. Although this is definitely an advantage, these more ambiguous samples are more likely to contain DNA from more than one person. So how is this dealt with?

Simply put, a DNA mixture is the term given to an extracted DNA profile in which the DNA belongs to more than one person. It is therefore important in forensic investigations to be able to separate these DNA profiles, to identify which belongs to the perpetrator, and prevent the wrongful accusation of another person.

On the other end of the spectrum is a complex DNA mixture, with an unknown number of contributors each contributing an unknown amount of DNA. This type of DNA mixture requires careful analysis and interpretation.

The complexity of a DNA mixture can depend on multiple factors, the first being the number of contributors. The more contributors to a DNA mixture, the more difficult it can be to identify first of all how many contributors there are, and secondly which alleles belong to which person. The second factor affecting complexity is the amount of DNA contributed by each person.

How are DNA mixtures analyzed?

The primary method used to identify human DNA is based on short tandem repeat (STR) analysis. STRs are microsatellites, small DNA sequences containing short repeat units. These are polymorphic, so unrelated individuals often have different alleles, and even those with the same allele will have different numbers of repeats.

Several STR loci will be tested in parallel, and the more loci tested, the more useful the profile will be. Primers are designed to target these specific sequences, and DNA is amplified using simple polymerase chain reaction (PCR) methods before being separated using capillary electrophoresis.

When a DNA mixture is obtained and the STR loci are amplified and separated, and an evidence profile is generated. The different alleles generate peaks on the evidence profile, which can then be compared to a reference profile. This could be from a known contributor to the mixture, or from a large database of known alleles.

Although individuals often have different alleles, some are more common than others and as such, this method is typically not able to positively identify a contributor. Although it becomes increasingly unlikely with the number STR loci analyzed, it is still possible that more than one individual may generate the same profile as only specific loci are being analyzed, not the whole genome. This, along with other effects of STR analysis such as drop-in (where errors create a peak where no allele is present) and drop out (where the amount of DNA is so small that no peak is generated where an allele is present), mean that STR analysis is often used along with sophisticated statistical calculations, rather than alone.

In cases where there are only two contributors to a DNA mixture, this can be done using a simple computer program, however, with more complex mixtures, probabilistic genotyping software is used.

Simple computer programs utilize the combined probability of inclusion (CPI), which gives the proportion of a population that could be expected to potentially contribute to a mixture. Probabilistic genotyping software produces a likelihood ratio, which indicates how more or less likely it is to see a particular profile if an individual contributed to it compared to if they did not. CPI has advantages in that it is simple and doesn’t require the number of contributors to be known, however probabilistic genotyping software is more powerful in complex cases.

The ability to analyze DNA mixtures has been a huge advancement in the field of forensic investigations. It has provided key evidence in cases that may have otherwise gone unsolved. Despite this, it is important to recognize the limitations of this technology, particularly in complex cases.

In the future, forensic investigations could be further aided by the introduction of high throughput, whole-genome sequencing to more accurately identify individuals, though it is currently not validated for this use.