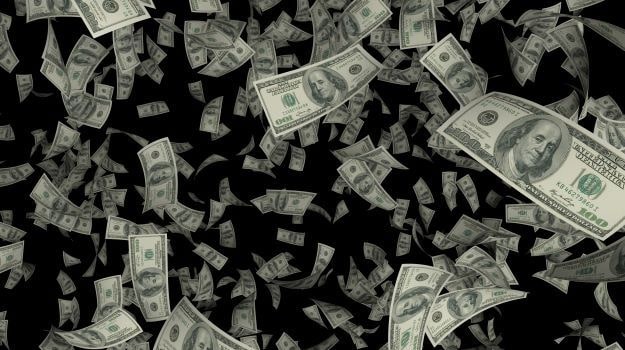 After a quiet Labor Day weekend, four companies announced successful Series B raises to propel pipeline candidates further down the track toward clinical studies and approvals.

Cambridge-based Obsidian Therapeutics comes in with the highest raise of $115 million for its engineered cell and gene therapies. Led by TCGX, the round attracted both new and existing investors, including Obsidian collaborative partners, Bristol Myers Squibb and Vertex Pharmaceuticals.

Obsidian’s proprietary cytoDRIVE platform uses FDA-approved small molecules to control protein function in its therapies. The therapies currently include three cytoTIL candidates aimed at different solid tumors and two undisclosed targets. The technology involves engineering tumor-infiltrating lymphocytes with membrane-bound IL15 while improving efficacy and persistence in the cells fight against the solid tumor. CytoTIL15 is currently in an IND-enabling study, while in preclinical for HNSCC and in discovery for additional indications. Funds from the Series B round will fuel cytoTIL15’s drive to the clinic for metastatic melanoma.

CEO Paul Wotton said, “We expect that cytoTIL15 will pave the way for a more potent and persistent TIL product that will not require infusion of IL-2, thereby improving durable efficacy and expanding the pool of eligible patients with metastatic melanoma and other solid tumor malignancies that can be treated with this groundbreaking therapy.”

Vertex and Obsidian announced a collaboration in April for a technology Obsidian has to regulate CRISPR/Cas9. A team-up with MD Anderson Cancer Center is propelling Obsidian’s lead program into the clinic as quickly as possible.

Wotton spoke to his strong belief in collaborations, saying, “For a company like Obsidian that has a platform, there’s only so much we can do with that platform. But for areas that are what I call noncore to us, there’s an opportunity to improve therapeutics elsewhere with partners. I think we have an obligation to take these types of technologies we’re developing today and partner them out to people who can make more of them and get something to market even faster.”

Two hundred miles south in New York City, Lexeo Therapeutics pulled in a tidy $100 million in its Series B round. The clinical-stage gene therapy company is using adeno-associated virus-mediated treatments for genetic conditions.

Lexeo acquired Stelios Therapeutics in July to expand its gene therapy pipeline from 18 to 21 with Stelios’ candidates for rare genetic cardiac conditions. Funds from this new raise will go into the expanded pipeline to advance three lead programs through clinical development.

Two CNS-administered candidates are already in the clinic. A candidate aimed at CLN2 Batten disease has completed its Phase I/II study and is headed for a pivotal trial next year. LX100 is currently in Phase I for APOE4-associated Alzheimer’s. LX2006 is an intravenous therapy in preclinical development for cardiomyopathy associated with Friedreich’s ataxia.

On the opposite coast, two more biotech companies also found fresh investor capital. ADARx Pharmaceuticals jumped into the increasingly popular RNA field in 2019. With a platform including oligonucleotides for inhibition, degradation, and editing, together with novel oligonucleotide delivery technologies, the San Diego biotech has a growing pipeline across a range of diseases.

This week’s $75 million raised will advance the ADARx’s RNA platform technologies and transition the pipeline toward the clinic. The company’s lead program is entering IND-enabling toxicology studies, without sharing more details. Listed therapeutic areas for the company’s targets include “genetic, cardiometabolic, and central nervous system diseases.”

Up the shoreline, San Francisco-based Lycia Therapeutics scooped up an oversubscribed Series B totaling $70 million from founding investor Versant Ventures, along with some new investors including pharma giant and new Lycia partner Eli Lilly. Focused on protein degradation, Lycia is targeting the untapped extracellular proteome.

The biotech’s LYTAC platform can transform into multiple modalities including antibodies and small molecules to inhibit targets previously considered intractable. Funds will be used to propel its currently undisclosed pipeline of degraders.

A newly announced collaboration with Eli Lilly snagged the company $35 million upfront with a potential for over $1.6 billion in milestone payments. The focus is on unmet needs in immunology and pain. Up to five targets are on the table using Lycia’s LYTAC platform, with Lilly on the hook for taking the candidates through clinical development and commercialization.