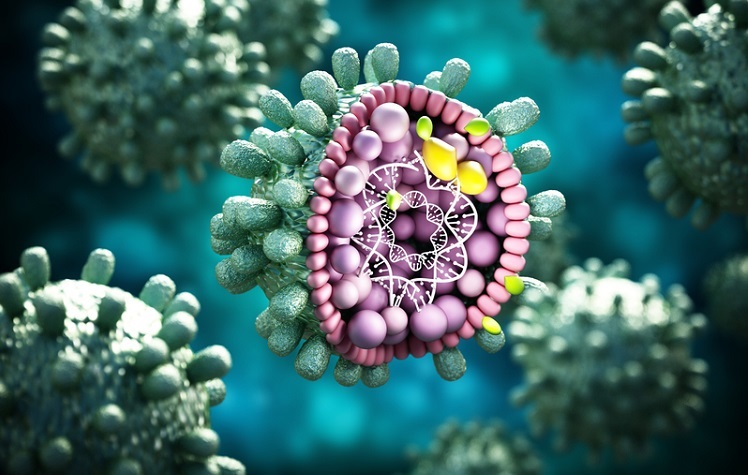 It’s already well known that European colonization of the Americas—including the period’s transatlantic slave trade—introduced new bacterial and viral pathogens to the Indigenous population who already called the area home. Among these pathogens, viral diseases, such as smallpox, measles and mumps, have been proposed to be responsible for many of the devastating epidemics during the Colonial period, which targeted the unfamiliar immune system of Indigenous peoples. However, the pathogen or pathogens responsible for the deadliest epidemics reported in “New Spain”—simply referred to as Cocoliztli, or pest in Nahuatl—has yet to be identified.

A team of Mexican and American researchers may have just taken a large step toward that goal by reconstructing and characterizing ancient genomes from skeletal remains buried in a Colonial hospital and chapel (16th–18th century), where records suggest victims of epidemics were buried during outbreaks in Mexico City.

“We wanted to understand what viruses were circulating in Mexico during this period,” said first author Axel Guzmán-Solís, a former student at the International Laboratory for Human Genome Research (Mexico), who is now a Ph.D. student at the Icahn School of Medicine at Mount Sinai (NY).

To do so, Guzmán-Solís and his team evaluated dental samples from 26 of the buried skeletal remains—21 of which suggested African ancestry, 5 of which suggested Indigenous ancestry. Following strict ancient DNA (aDNA) protocols, the researchers processed the dental samples to isolate aDNA for next-generation sequencing (NGS). Based on the DNA concentration of the NGS library and the quality of the hits to a clinically important virus, the team chose 12 samples for further screening.

Three genotypes exist for human parvovirus B19. Genotype 1 is the most common and is found worldwide, while the almost-extinct genotype 2 is mainly found in elderly people from Northern Europe. However, the researchers assigned these ancient B19V genomes to genotype 3. They then recovered genotype 3 from an individual with 100% Indigenous ancestry DNA.

“Our results are consistent with an introduction of the genotype 3 to New Spain as a consequence of the transatlantic slave trade imposed by European colonization, supporting the notion that viral transmissions between African individuals and Native Americans occurred during the Colonial period in Mexico City,” write the researchers in their paper.

Meanwhile, the ancient hepatitis B virus genome the team reconstructed falls into genotype A, which is known to be highly diverse in Africa. But, this work is the first to link ancient genotype A to the transatlantic slave trade, and the only report of this sub-genotype in the Americas.

The research team’s genomic data is further enhanced by archeological contexts and paleopathological marks. For example, the skeletal remains from the hospital and chapel have a notably higher rate of cranial vault (porotic hyperostosis) and orbital roof (cribra orbitalia), which are characterized as lesions and spongy bone tissue above the eye socket. These common ancient skeletal indicators are typically associated with genetic anemias. Previous literature has established that human parvovirus B19 infection can cause severe or even fatal anemia due to low levels of hemoglobin. Therefore, the authors say it is possible the skull anomalies are the result of severe anemia either caused or enhanced by human parvovirus B19 infection.

Furthermore, autopsies records of the victims of the 1576 Cocoliztli epidemic treated at the hospital describe the presence of enlarged hard liver and jaundice, as well as a black spleen and lungs and heart with yellow liquid and black blood. This is noteworthy, the authors say, since both hepatitis B virus and human parvovirus B19 virus proliferate in the liver and are associated with hepatitis and jaundice.

“Although we cannot assign a direct causality link between HBV and B19V and Cocoliztli, our findings confirm that these potentially harmful viruses were indeed circulating in individuals found in archeological contexts associated with this epidemic outbreak,” the researchers conclude.

Planned further analysis from different historical sites and samples may shed further light on the possible role of these and other pathogens in Colonial epidemics.