The company’s DNA sequencing devices have been crucial in identifying and tracking the spread of Covid-19 variants around the world, and it said its revenues had risen 22 per cent to £59 million ($81 million) in the six months to June, compared to the same period last year.

“Oxford Nanopore Technologies is a frontrunner in the next generation of sequencing technologies,” said Julian Roberts, equities analyst at Jefferies. “The last year changed Nanopore’s revenues completely. One contract alone from the UK government was £115 million ($159 million), which was more than their entire revenue for the previous year. The pandemic really put them on the map.” 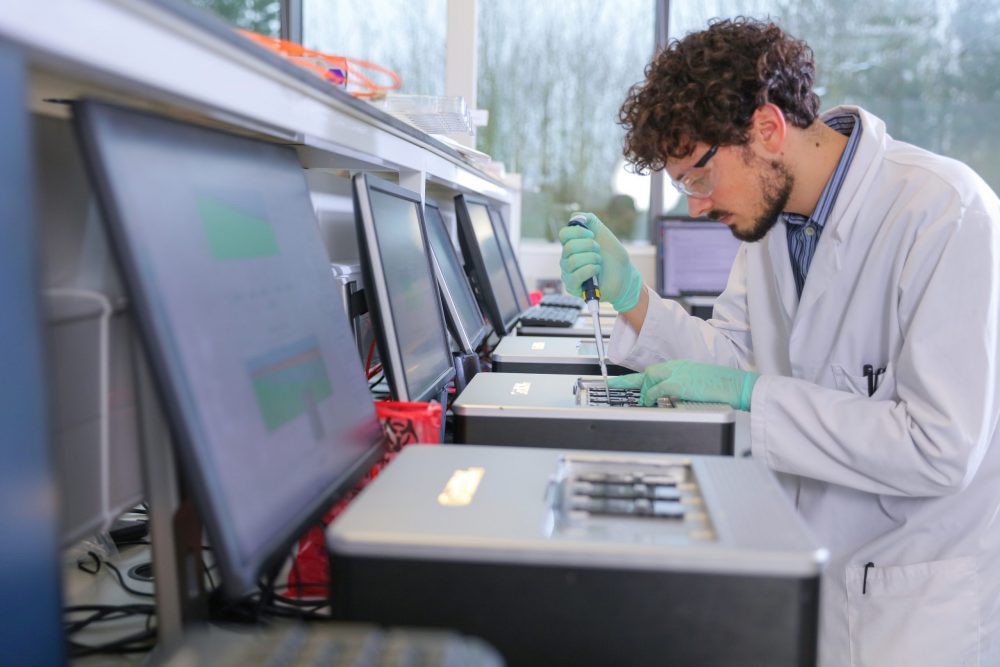 Oxford Nanopore has developed a device that has disrupted the gene sequencing industry, a competitive space with a market share of $5.7 billion. Gene sequencing is an accurate science that monitors changes to an electrical current as nucleic acids pass through a tiny hole. The advantage of Nanopore sequencing is that it is a small handy device that can deliver rapid results, anywhere.

Oxford Nanopore machines have been used in 85 countries to track the changes in the Coronavirus, and have sequenced about 18 per cent of all coronavirus genomes globally.

“For context, we had a sequencer in the lab that was the size of two large filing cabinets and now we had something on the desk that you could pick up and walk around with,” said Matt Loose, a developmental biologist at Nottingham University who has been using the nanopore sequencer since 2014 for his work on cancer genomics. “The first day that we ran it, we got sequence data back within five to 10 minutes of starting. Normally it would be a day or two days.”

The nanotechnology of the device will reduce the financial barriers to adoption. The group’s devices cost little or nothing — it profits from the cartridges they use. The company is expecting compound annual growth of more than 30 per cent. With the new device, the company is able to achieve economies of scale and manufacturing improvements are forecast to push gross profit margins up by more than a quarter from the current 51 per cent. It said on Thursday it had made a gross profit of £26.9 million in the first half of 2021, with a gross margin of 51 per cent.

The chief executive of the company, Gordon Sanghera, is keen to restrict the listing to LSE as he is not interested in attracting the attention of bigger rivals. He has a provision that gives Sanghera the right to block hostile takeover approaches for three years. The provision is there as most early sequencing companies were swallowed up by big companies. US market leader Illumina became a world-renowned company after its acquisition of Cambridge university spinout Solexa for $650 million in 2007.