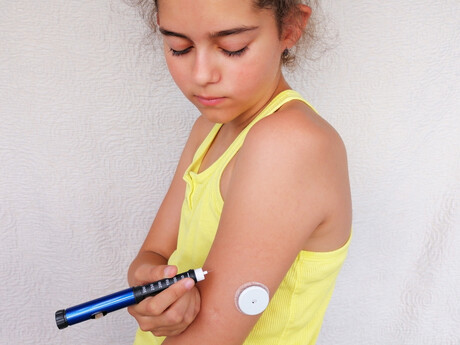 Researchers at The University of Auckland have stated that a major genetic trigger for type 1 diabetes — which leaves a person unable to produce enough insulin to keep their blood sugar in a normal range — may act in the lung, suggesting that lung infections could trigger the onset of this incurable autoimmune condition.

There are several known genetic variants that make people more likely to develop type 1 diabetes; indeed, researchers sequencing part of a child’s DNA at birth can use 67 genetic variants to predict with more than 90% accuracy whether the child will develop type-1 diabetes by age five. However, they’re still trying to figure out why, what variants play the biggest roles, and how to stop the disease from progressing.

Hunting for patterns in vast databases of genomic data, scientists led by Professor Justin O’Sullivan used machine learning to rank genetic mutations associated with type 1 diabetes according to the size of their disease effects acting through different tissues in the body. This resulted in the unexpected finding that the biggest impacts occurred in genes in the lung.

“Everyone knows that the pancreas is key in diabetes, because that’s the organ that makes insulin,” Prof O’Sullivan said. “But what’s really striking is that the mutations that are linked to the biggest risk of developing the disease affect genes in another tissue entirely — in the lung.”

PhD student Daniel Ho developed the machine-learning approach that looked for patterns in millions of pieces of genetic data from thousands of individuals, with and without type 1 diabetes.

“The machine learning enabled us to pull patterns out of the DNA together with related biological information from thousands of people, that we couldn’t detect any other way because there is just too much data for us to look at,” he said.

The team’s results, published in the journal Communications Biology, support a theory that respiratory viral infections can trigger the onset of type 1 diabetes. If the theory proves correct, drugs could be developed to target the key genes and slow the onset of the disease.

“It’s really a tantalising piece of information,” Prof O’Sullivan said. “This looks like a very important connection. Could we some day see a vaccine that protects some people against developing type 1 diabetes? That would be amazing.”