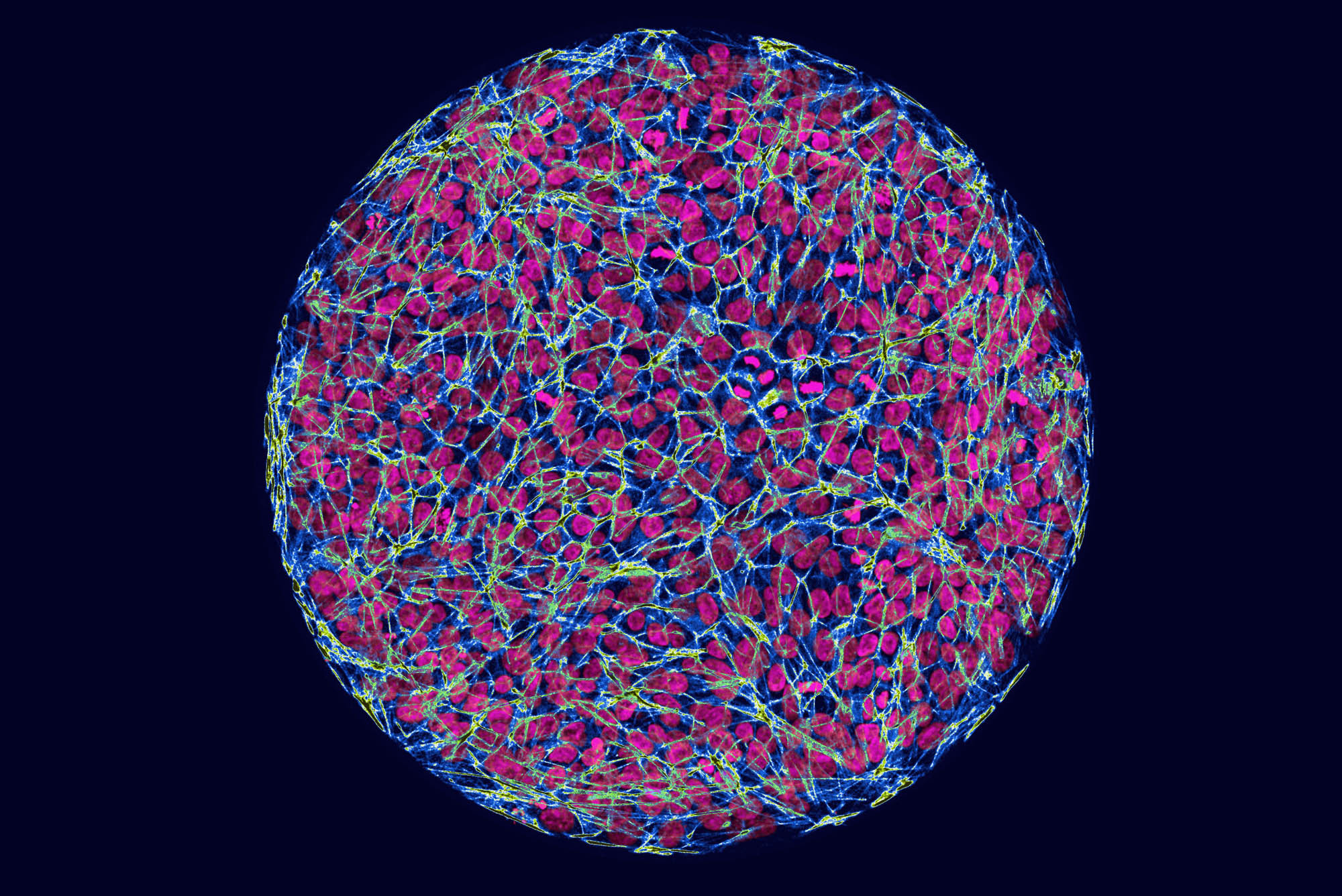 Researchers can examine the early effects of mutations using lab-generated human embryos that mimic the first stages of development.

Huntington’s disease is a fatal condition involving the death of brain cells, typically striking in midlife. But new findings suggest the disease process starts decades earlier. Although symptoms emerge in adulthood, researchers have been able to detect the earliest effects of Huntington’s in the first two weeks of human embryonic development.

The findings recast Huntington’s, often considered a neurodegenerative condition, as a developmental disease, and point to new approaches for finding treatments for a disease that currently has no cure or therapies.

“When the patient goes to the doctor, that’s when the last dominoes have fallen. But the first domino is pushed in the developmental phase,” says Ali Brivanlou, head of the Laboratory of Synthetic Embryology at Rockefeller University, who published the findings in the journal Development. “Knowing this trajectory, we may be able to block the progression of the disease.”

Huntington’s is caused by mutations in a single gene, Huntingtin, resulting in the production of an unusually long protein. The gene is expressed in the fertilized egg and subsequently in every cell of the body, but its functions are not entirely known. A bigger mystery is why the defective gene appears to be detrimental only to neurons in specific parts of the brain.

Previously researchers in the Brivanlou lab found evidence that abnormalities due to Huntingtin mutation arise decades before the neurons start to perish: In the first stages of the brain development in the embryo, when uniform cells are becoming specific brain cell types and forming structures. Introducing the Huntington’s mutation in these developing cells led to abnormal neurons and structures.

In the new study, researchers examined the effects of Huntington’s mutation at an earlier stage, called gastrulation, during which the 2-week-old embryo starts to form the three embryonic germ layers, from which the progenitors of all cell types, including brain cells emerge.

For the study, the researchers created synthetic human embryos-lab-generated embryos that are derived from stem cells and mimic the behavior of human cells during the early stages of development. They then used the gene-editing method CRISPR/Cas9 to insert the range of Huntington’s mutations found in people with the disease into the embryos.

Comparing the embryos with and without the mutation revealed a pattern: the mutations affected the size of germ layers. And the more severe mutations led to larger differences. “It’s a phenotypic signature-you can see it with your eyes,” says Brivanlou, the Robert and Harriet Heilbrunn Professor.

That visible change, the researchers found, is caused by alteration to a signaling pathway that guides the embryonic cells.

How exactly such early changes affect the development of embryos later on is unclear. But people with these mutations are born and function normally for years. Researchers suspect that a developing embryo uses certain mechanisms to compensate for the deleterious effects of Huntington’s mutations. “Understanding those mechanisms may be the key to developing new treatments that delay the symptoms, or even cure the disease,” Brivanlou says.

Using synthetic human embryos as their platform, the researchers have started to screen for drugs that can correct these abnormalities. This approach, they hope, will lead to developing clinical interventions that will address the causes of Huntington’s disease, and not just the consequences.

/Public Release. This material comes from the originating organization/author(s)and may be of a point-in-time nature, edited for clarity, style and length. The views and opinions expressed are those of the author(s).View in full here.