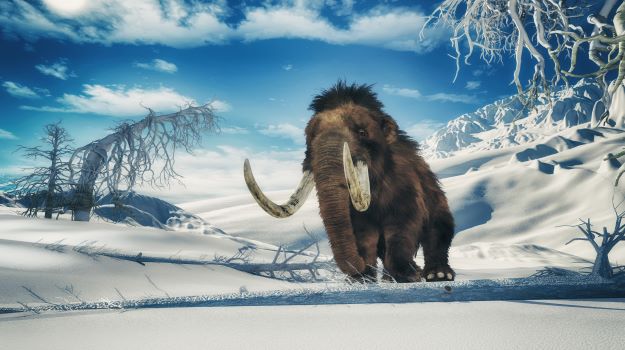 George Church is as controversial as scientists come, and also quite inspiring. A well-known geneticist, DNA sequencing and gene therapy pioneer and Harvard and MIT professor, Church has been involved in various seemingly incredible pursuits over the years.

Two years ago, he made headlines for his work in anti-aging when the start-up he co-founded, Rejuvenate Bio, began a trial of an experimental gene therapy it hopes will stall the development of age-related diseases, in dogs. The company plans to move into humans next. Along with this very worthy pursuit, Church also nurses an obsession with resurrecting the very extinct woolly mammoth. For the past eight years, in all of his “extra time”, Church has been working with a team of researchers developing the tools to do it. Earlier this month, he took the vision one step closer to reality, launching Colossal on September 13.

The mission of the new startup, which has raised $15 million to date, is to bring back the great beast – or more precisely, a cold-resistant elephant with all the core biological traits of the mammoth. Colossal estimates that the first genetically reengineered calf might be born in six years. It would then take another 10 to 12 years for the animal to grow to maturity. Church noted that while $15 million would likely be enough to produce an embryo, getting to a calf will require more funds.  Current backers include Climate Capital Collective and Silicon Valley venture capital firms Breyer Capital and Draper Associates.

But the idea is not just a flight of fancy by a brilliant mind with big dreams. It is part of a larger de-extinction strategy aimed at solving climate change.

“There are a lot of people raising the alarm about climate change, but not enough people are talking about the loss of biodiversity and the loss of species,” said Colossal Cofounder Ben Lamm, a serial technology entrepreneur who has been involved in such pursuits as networked vehicles to algae-fueled bioreactors and applying artificial intelligence in space with his latest venture, HyperGiant.

“I started reading a lot about the loss of biodiversity due to man-made climate change and some of the most conservative estimates were saying that between now and 2050 we’re going to lose 10 to 20% of our biodiversity,” Lamm said. Per Colossal’s website, more than one-third of all marine mammals are threatened. There is a general consensus in the scientific community that the more species that live in an area, the healthier that ecosystem is and the better off humanity is.

So Lamm teamed up with Church to use advanced CRISPR technology to genetically reengineer Asian elephants into large grazing mammals who could eventually revive the melting Arctic tundra. As the permafrost melts, it is expected to release large amounts of a potent greenhouse gas called methane. Colossal wants to release herds of these quasi-mammoths into the tundra to knock down sunlight-absorbing trees, thereby creating light-reflecting grassland that will keep the ground colder to lock in the methane.

The company’s mission is supported by, among others, billionaire serial investor Thomas Tull, whose production company also backed the “Batman” and “Inception” movies. While not quite a feature film, the picture conjured by Colossal is reminiscent of “Jurassic Park”. In 1993, the science and technology to make this possible didn’t exist. Today, it just might.

The good news is that the Asian elephant only differs from the woolly mammoth by about 1.4 million DNA letters. These differences result in changes to more than 1,600 protein-coding genes that would need to be edited. Eriona Hysolli, a former researcher in Church’s lab, will lead the charge in this area. Among the 60 genes Hysolli and her colleagues identified as the most important are ones that encode for the mammoth’s dense hair and thick fat, which allow them to withstand the cold, along with their distinctively high-domed skulls.

To create an embryo, the team will need to remove DNA from an elephant egg and replace it with the edited DNA – something that has never been done before. In case it doesn’t work, the backup plan is to turn ordinary elephant tissue into stem cells, with the intent that it would develop into embryos in the lab. The next step would be to implant the embryos into an artificial mammoth uterus lined with uterine tissue grown from stem cells.

While the intent is noble, the project has spawned a plethora of ethical questions from paleogeneticists, animal ethicists and bioscientists. It may be possible to resurrect the mammoth, but should we?

Heather Browning, a philosopher at the London School of Economics, is concerned about the potential suffering of the future orphan animals.

“You don’t have a mother for a species that — if they are anything like elephants — has extraordinarily strong mother-infant bonds that last for a very long time,” Browning told The New York Times. “Once there is a little mammoth or two on the ground, who is making sure that they’re being looked after?”

The business proposition is also unclear, but given that Colossal has already raised $15 million, one does exist and it has more to do with the development process than the mammoth itself.

“We are hopeful and confident that there will be technologies that come out of it that we can build individual business units out of,” Lamm said.

The technologies for such an ambitious project could be wide-ranging. According to Beth Shapiro, a paleogeneticist at the University of California Santa Cruz, the advances could lead to equipping other species with genes that enable them to resist pathogens, or enriching genes to enable species to better withstand the heat and drought brought on by climate change.