A new book has been released in the Biostar Handbook series:

The book introduces readers to the practical aspects of investigating data from a viral outbreak. 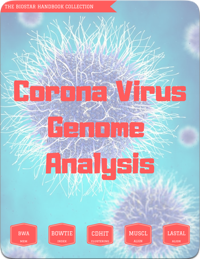 A new book has been released in the Biostar Handbook series:

A step by step guide through the process of performing an RNA-Seq data analysis. 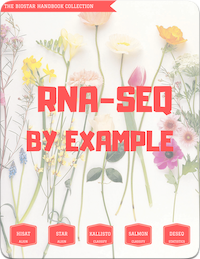 As always all new content is included with the subscription.

November, 2019: The Art of Bioinformatics Scripting

The Biostar Handbook has grown huge 🙂 it is now close to 1000 pages! To manage this complexity we have started reworking the various chapters into independent books.

The reorganization will allow readers to more easily locate the information that they need. It will allow us to design and formulate specific training plans that are customized to specific needs. The first book section that has been reworked covers Unix Scripting and is titled:

As always all new content is included with your subscription.

A little more than two years after the launch, the Biostar Handbook gets a rewrite. The 2nd Edition is a complete rework, every section, chapter and page will be edited, expanded and modernized. A new course has also been launched as part of the book:

The Learn Bioinformatics the Right Way course is included with the book at no extra charge. The course is well-suited as an introduction to this field of science, or to brush up on topics you have learned before.

Announced almost 18 months ago, the Biostar Handbook has now been published. It delivers simple, concise, and relevant information for those looking to understand the field of bioinformatics as a data science. 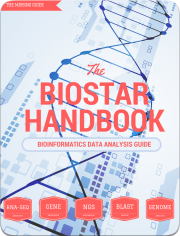 It is a comprehensive, practical handbook that aims to cover (though it is not quite there yet) all major application areas of bioinformatics.

Special thanks go to Biostar users GenoMax , shenwei356 and Jeremy Leipzig who have contributed entire pages or sections to the book.

Only now that the book released – as I am looking at 713 pages of do I start to realize just how big Bioinformatics has gotten in the past few years. And we’re still missing entire subdomains of it: Metagenomics, Assembly, ChIP-Seq. But fear not we’ll handle those too in this coming year.

Spread the word, let others know – I think there is no other resource like it. I like to call it data analysis with attitude, where reproducibility means not following letter by letter, but doing it better, faster and simpler.

Let me invite anyone that wishes to contribute to do so. It is easy, and simple, Markdown based publishing. And there is so much more that could be done and will be done. Be a part of it! We are independent, self published, self supported. Chart your own course, bring your own ideas and goals to fruition or just enjoy being a part of a creative process.