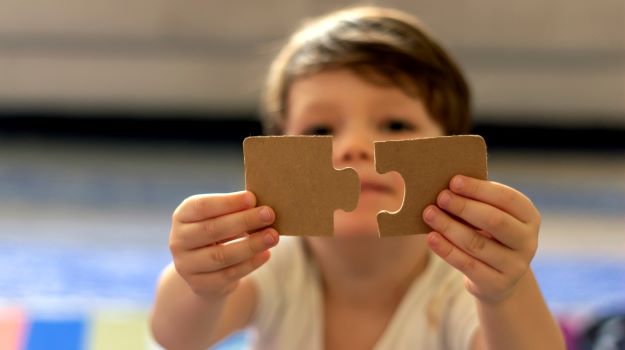 Scioto Biosciences is approaching autistic disorder (autism) from a new direction – the gut. The concept is based on scientific studies showing that modulating the gut microbiome affects human health in multiple ways, beyond the expected gastrointestinal effects.

“The gut microbiome affects inflammation, as well as impacting behavior, through the gut-brain axis (often along the vagus nerve) in a way that modulates the chemicals in our brain that control behavior,” Joe Trebley, Ph.D., CEO of Scioto Biosciences, told BioSpace. “More than half of autistic patients have some type of GI disorder, so better supporting the gut microbiome may help both GI and behavioral symptoms.”

Scioto’s therapy, SB-121, is a commensal bacterium that can be found in mothers’ breastmilk. As such, it’s normal in humans and is expected to be quite safe. “This particular bacterium has a number of mechanisms of action,” Trebley said. For example, it has antimicrobial and anti-inflammatory mechanisms and also can potentially modulate the brain chemicals that affect behaviors. “Patients with autism have challenges with each of those areas.”

SB-121 is, to Trebley’s knowledge, the first activated bacterial therapeutic (ABT) to enter clinical trials. It appears to have potential as either a front-line or ancillary therapy for autism. In August, Scioto dosed the first patient in its Phase Ib trial at Cincinnati Children’s Hospital Medical Center. The trial’s primary endpoints assess safety and tolerability. The secondary endpoints monitor efficacy on elements of autism.  “Recruitment is going very well,” Trebley said. “It’s too early to predict the impact in humans, but animal data are promising. We expect to have a readout from the trial early in Q2 2022.”

To develop its technology, Scioto Biosciences closed a $26.5 million Series B financing round in 2020 funded by Genome and Company, a global expert in the gut microbiome.

What causes the differences between the gut microbiomes of autistic and healthy persons isn’t yet known. Trebley hypothesizes they may be rooted in genetic and environmental conditions, including stress, diet, antibiotic or other drug use or under- or over-exposure to various bacteria throughout life.

Globally, the number of people diagnosed with autism is increasing. The most recent study, published in August in the Journal of Child Psychology and Psychiatry by researchers at Exeter University pegged the increase in the UK at 787% between 1998 and 2018. The study ascribed the increase to the combination of more cases and more reporting, but also noted that the definition of autism is evolving to include additional symptoms that, 20 years ago, may not have been included in the diagnosis. Additionally, adults and females (who previously were rarely tested for autism) are being diagnosed now.

Currently, Trebley said, “Therapies often used to treat autism are off-label antidepressants or off-label antipsychotics, which treat the symptoms,” rather than the underlying cause of the condition. “We’re hoping that treating the gut microbiome will address at least part of the disorder’s cause for some patients, while also alleviating symptoms.”

Scioto’s gut-microbiome approach was developed by researchers at Nationwide Children’s Hospital in Columbus, Ohio. “We looked at a lot of research and fell in love with this approach,” Trebley said. “The investigators were true thought-leaders in their space and had done the hard science to prove their approach in a number of animal models. The work was translatable to the clinic and had real commercial potential.” Trebley and his partner,  CFO Jim Schulz, optioned the technology, obtained grants for early development and eventually formed Scioto Biosciences around Nationwide’s approach.

“Once we have established a safety profile in adults, we want to use SB-121 to treat neonates (who often are not exposed to the bacteria naturally) so they can establish a healthy biome early in life,” he said. As such, it has the potential to prevent infant GI disorders like feeding intolerance and necrotizing enterocolitis. It also may be used to prevent or treat Clostridioides difficile and other infectious diseases.

It’s long been known that antibiotics affect the gut microbiome, but their effects on large quantities of specific microbes haven’t been studied systematically. Research just published in Nature by scientists at the European Molecular Biology Laboratory (EMBL) is beginning to change that.

EMBL researchers analyzed the effects of 144 antibiotics on common gut microbes. They noted that antibiotics “weaken one of the body’s first lines of defence” by compromising beneficial gut microbiota. What most surprised researchers was learning that certain common classes of antibiotics (tetracyclines and macrolides) not only halted the growth of certain bacteria but actually led to their demise. The loss or reduction of many beneficial bacterial sometimes results in C. difficile infections and GI problems, as well as long-term health issues such as “allergic, immunological or inflammatory diseases.”

The many research studies involving the gut microbiome lend weight to Scioto’s approach to addressing some of the elements of autism.