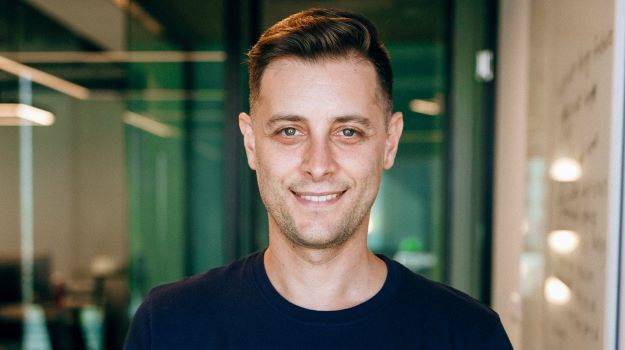 A little more than 18 months after launching, Immunai secured $215 million in a Series B financing round that will help the company advance its bold vision of mapping the body’s immune system in order to enable better detection, diagnosis and treatment of diseases.

Combining the power of machine learning and biology, Immunai, based in New York, emerged from stealth mode in 2020 with $20 million in seed funding. Since then, the young company has seen exponential growth that includes a $60 million Series A and the acquisition of Swiss bioinformatics company Nebion and its target discovery and drug development programs. That growth includes the tripling of its headcount to 120 employees and more than 30 partnerships with leading universities and institutions, including Harvard and Memorial Sloan Kettering.

Immunai Chief Executive Officer and Co-Founder Noam Solomon told BioSpace that the company has made significant progress over the past year in its mission to understand the complexities of the immune system. Using its AMICA (Annotated Multiomic Immune Cell Atlas) technology, Immunai is mapping trillions of immune cells and their functions in order to build a proprietary data set for clinical immunological data. The AMICA platform provides unique insights into underlying biology that drives disease etiology. It also provides the company and its partners with the capability to discover novel targets as well as analyze and develop existing pipeline compounds, he said. The platform can be used to identify minute nuances in cell abundances and cell function. Also, it can pinpoint mechanisms of action and biomarkers to toxicity responses. Combined, these can accurately measure the efficacy of immunotherapies.

The data garnered from the mapping will ultimately play an important role in R&D efforts to develop therapies for multiple disease indications. It can be difficult to determine how novel drugs will interact with the immune cells. An increased understanding can be used to boost clinical response to different cellular therapies.

“Unlocking the immune system will accelerate the evaluation and development of novel immune medicines. Our approach is to combine best-in-class single-cell genomic methods and artificial intelligence with a deep understanding of immunology,” Solomon said.

Immunai was founded in 2018 as an “engineering first biotechnology company,” Solomon said. Because of the marriage of machine learning and biology, the company has a broad team with expertise in multiple disciplines. The acquisitions the company has made over the past year, including the addition of Moderna Co-Founder Robert Langer to the company’s board of directors and tapping world-renowned immunologist Jacques Banchereau as chief scientific officer, reflect that multi-disciplinary approach.

Mapping the entirety of the immune system is an intricate and time-consuming task. Likening the Immunai program to Google Maps, Solomon said the AMICA system makes the process of mapping the immune system a data-driven one that guides the program and reduces the risks of going off track.  Solomon said it will be years before the work is completed, especially when taking into account the complexity of some diseases.

“It’s important to have patience. Building a platform that can accelerate the development of therapeutics takes time,” he said.

He did note that the company has had some “early success stories,” in cancer, which they will eventually share. Immunai has already published peer-reviewed data in Nature on the origin of tumor-fighting T cells following PD-1 blockade. The data in the paper suggest that natural killer T cells can be expanded to clinical scale and safely used to treat cancer patients. The paper demonstrated the plethora of information that the company’s machine learning program can uncover, Solomon said. Immunai has other publications that are currently under review.

Luis Voloch, chief technology officer and co-founder of Immunai, noted the company is already seeing some payoffs from its platform. And that is due to the company’s focus on transfer learning, meaning the taking of insights from one concept and applying them to immunology, he said. Insights gleaned from the examination of multiple types of cancer are enabling the company to assess how that can ultimately apply to the development of a therapeutic.

“The ability of our platform to surface and evaluate new drug targets has given us the confidence to push into therapeutic development with our partners,” Voloch said.

The Series B was led by Koch Disruptive Technologies. The funding was supported by Talos VC, 8VC, Alexandria Venture Investments, Piedmont, ICON and others that were not disclosed. Among those were some investors who participated in previous financing rounds.

With the funding in hand, Solomon and Voloch said the future is promising for the company as it continues to move forward with its mission. Although they hesitated at providing a timeline for company milestones, particularly while they are still mapping the immune system, the co-founders anticipate Immunai will continue to grow. Not only do Solomon and Voloch expect an uptick in headcount, they also anticipate adding additional members of the leadership team, more partnerships and “doubling down” on in vivo experiments testing their hypotheses.

In the meantime, the company will continue to upgrade its infrastructure to support the massive amount of data it is generating.