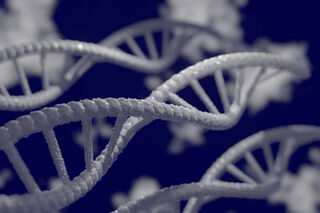 A new study published in Molecular Psychiatry by researchers at the University of Cambridge reported areas located in the dark genome that appear to be associated with schizophrenia and bipolar disorder. These proteins may serve as potential drug targets in addition to biological indicators for distinguishing between the two disorders in the future.

Schizophrenia and bipolar disorder are among the most heritable mental disorders with an estimated factor of 70 percent heritability, according to the authors of the study. The researchers hypothesize that the components of schizophrenia and bipolar disorder are due to human-lineage-specific evolution that has yet to be discovered in the dark genome.

Schizophrenia is a serious mental illness with no known cure that often runs in families, according to Johns Hopkins Medicine. Symptoms include issues thinking clearly, managing emotions, making decisions, and relating to others.

The dark genome, also sometimes referred to as “junk” DNA, comprises over 98 percent of the genetic sequence inside each of the cells that are not part of the roughly 20,000 protein-coding genes. In this study, the researchers refer to this area of the genome as novel Open Reading Frames or nORFs.

According to the researchers, novel Open Reading Frames can be biologically regulated and participate in disease processes. Specifically, in prior research published in Genome Research in 2021, the scientists demonstrated that proteins encoded by the dark genome are involved in the processes of 22 types of cancers and 150 rare diseases.

In this study, the researchers hypothesize that the dark genome may play a role in schizophrenia and bipolar disorder. To narrow the search, the researchers focused on transposable elements (TEs) and human accelerated regions (HARs).

Transposable elements make up a little less than half of the human genome and their insertions impact disease and genetic diversification. TEs regulate gene expression according to the researchers. Human accelerated regions in Homo sapiens, unlike in most organisms, have a higher rate of mutations, which may have provided an evolutionary advantage. Despite the name, human accelerated regions can be found in the genomes of all vertebrates, according to an NIH blog post written by Dr. Francis Collins, an American physician-geneticist and former NIH director who was not part of the current study.

For this study, the scientists conducted a genome-wide evolutionary assessment. They set out to analyze the overlap in the dark genome between novel Open Reading Frames present in the human accelerated regions (HARs) and areas associated with schizophrenia and bipolar disorder. The researchers scanned the entire genome and identified areas that create proteins that appear to be associated with the two mental health disorders.

“When we look outside the regions of DNA classed as genes, we see that the entire human genome has the ability to make proteins, not just the genes,” said Chaitanya Erady, the first author of the study in a University of Cambridge release. “We’ve found new proteins that are involved in biological processes and are dysfunctional in disorders like schizophrenia and bipolar disorder.”

Based upon their findings, the researchers suggest that the dark genome is an area to analyze within disease systems that may lead to new drug targets for medical diagnostics and treatments in the future.