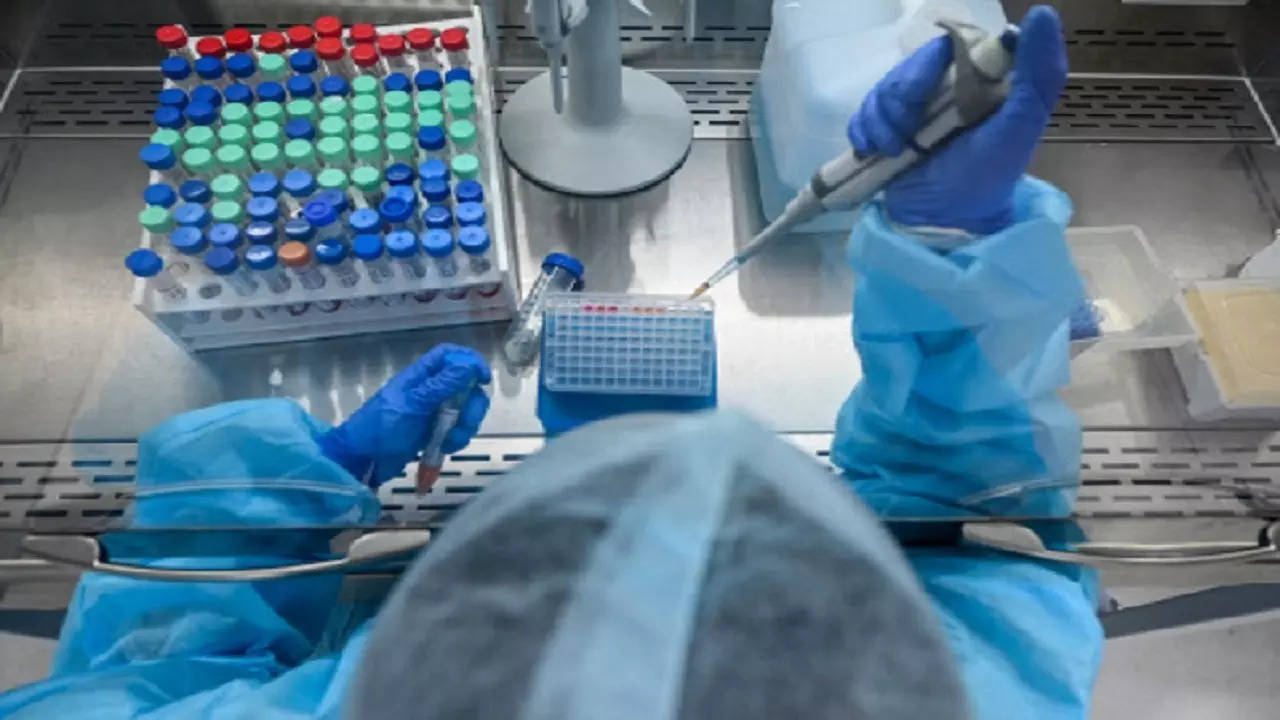 New Delhi: The states and Union territories have been asked to submit a “larger number” of samples for whole genome sequencing from the districts and areas that have seen a surge in COVID-19 cases over a period of seven days, official sources said on Saturday.

The direction was issued on Friday during a meeting of the INSACOG, which reviewed the Covid data to check the possibility of any new emerging variant or sub-variant and ascertain the reasons behind the breakthrough infections.

According to the Indian SARS-CoV-2 Genomics Consortium (INSACOG) experts, Omicron and its sub-lineages — primarily BA.2 and BA.2.38 as of now — seem to be behind the current rise in the number of Covid cases in the country, according to a source.

BA.4 and BA.5 are found in less than 10 per cent samples, the source said.

“The idea behind asking the states and Union territories to send a larger number of samples is to keep a closer watch over the current circulating sub-lineages of Omicron and its correlation to the current epidemiological picture,” an official told PTI.

“Also, we want to see if we are missing any important clues regarding newer sub-variants during routine sequencing through the sentinel surveillance,” the official added.

“The last review meeting concluded that there is no variant of concern in the country as of now. India now has BA.4 and BA.5 in addition to BA.2, which have slightly higher transmissibility as compared to the other Omicron sub-lineages,” the official said.

The INSACOG is a joint initiative of the Department of Biotechnology under the Ministry of Science and Technology and the Ministry of Health to carry out genome sequencing of the virus to understand how it spreads and evolves.

Thirty-two districts in India, including 11 in Kerala and five in Maharashtra, are reporting a weekly Covid positivity rate of more than 10 per cent, while in 35 districts, including nine in Delhi, the weekly positivity is between five and 10 per cent, the sources said.

According to health experts, although there is a rise in the number of Covid cases, there is no associated increase in hospitalisation or deaths. Also, the increase is limited to a few districts.

The reluctance among people towards following Covid-appropriate behaviour, in addition to many not being enthusiastic about taking the precaution dose of the vaccines, has possibly increased the pool of susceptible population.

In addition, there is an increased mobility due to summer holidays, easing of travel restrictions — both nationally and internationally — and the full-fledged opening up of economic activities, because of which the infection has spread among vulnerable individuals.